The results, the bikes the event & the passion!

Yes, the Nahetal Arena was "rumbling"! All weekend and busy with bikers rolling in from all over the Rhein-Main Basin and sometimes beyond, the first "Rheinhessen Rumble", last year October issue counting as "test-run" for the envisioned spring date to kickstart the season, certainly lived up to its expectations, especially on the quality of the outstanding custombikes exhibited at the 3-day custombike and music event at Gensingen, situated just in the middle between Bad Kreuznach and Bingen, where the Nahe river meets the Rhine in one of the most scenic landscapes of Germany.
The experienced "Custom Chrome International Bike Show Series" team was co-organizing the Bikeshow, which – thanks to the location – did integrate characteristics of both "Ride-In" and "Indoor" bike shows already introduced at previous Custom Chrome Europe events: While "Ride In" competitors presented their bikes Saturday, May 7th in the scenic courtyard of the ClassicX Landhaus & Hotel eventsite, custombikes of event-exhibitors remained at their particular booths all weekend: 28 custombikes signed in, roughly a third of them by present or exhibiting dealers, the others privateers or arriving for Saturdays "Showtime" with an outstanding quality of exhibits! As a matter of fact, many trophies went to "garage-built" custombikes who also presented excellent craftsmanship! The Jury had quite a hard time to judge the bikes in the given time – and especially the "Championship" class saw a head-to-head finish until the result was final: Mario Mueller of Dr. Jekill & Mr. Hyde did win the Championship class ahead of Maniac MechaniX "Centurio" and Harley-Davidson Würzburg Village's "La Muerta" Chopper, this being Christoph Repps private M8-powered high-neck chopper!

"Blechfee" Jochen Lehmann, who also had a hand in the sheet-metal work of "Centurio", did win the Modified Harley Class, followed by a Street Bob origin custom by Maniac MechaniX and "Black Wolf" built by Sonnet Customs. Surprisingly enough, almost all other top prices in the classes Bagger, Sportster Engine and the busy Jammer Old School/Chopper class went to "privateers" who also presented excellent custombikes! Christoph "Gifty Z" Grimm's "Armageddon" had already won numerous trophies and is again re-painted and upgraded for the 2022 season. The immaculate and super-detailed 1970 Ironhead Chopper of Fabian Feldweber came all the way from Linz/Austria, together with the BSL team to introduce the "young gun" from whom we certainly will hear again! Reason to celebrate also had Chamoun Aziz, who not just built his 1996 Evo Softail Springer, but also painted it! He also came up against tough competition in the Jammer Old School/Chopper class, many of the other customs coming very close behind the three winners! Axel Scherer handed over the trophies and parts-vouchers to the winners at the Saturday afternoon ceremony, bringing together all placed bikes and winners in front of the Nahetal Arena stage for a cool presentation.

"We were happy to have a show again after such a long break in the event scene", stated Matthias Hirsch, CCE Sales & Marketing Manager, "to meet the customizers, the builders and even suppliers again were a great pleasure!" CCE's HQ and Warehouse, just about 5 km away from the eventsite, the CCE team was present at the cool event too – and Custom Chrome Europe premiered the Bell helmet line and custom-built bikes by Thunderbike and Rick's Motorcycles, with Patrick "Rick" Knoerzer himself being present at the event!
Show organizers Christian Denstedt of Maniac MechaniX and ClassicX Landhaus & Hotel were also pleased with the results of the event and "the Show will go on"! So its “back to Party” and "Showtime" again in April 2022 – the date being set for April 28th-30th already. Let’s Rumble again! 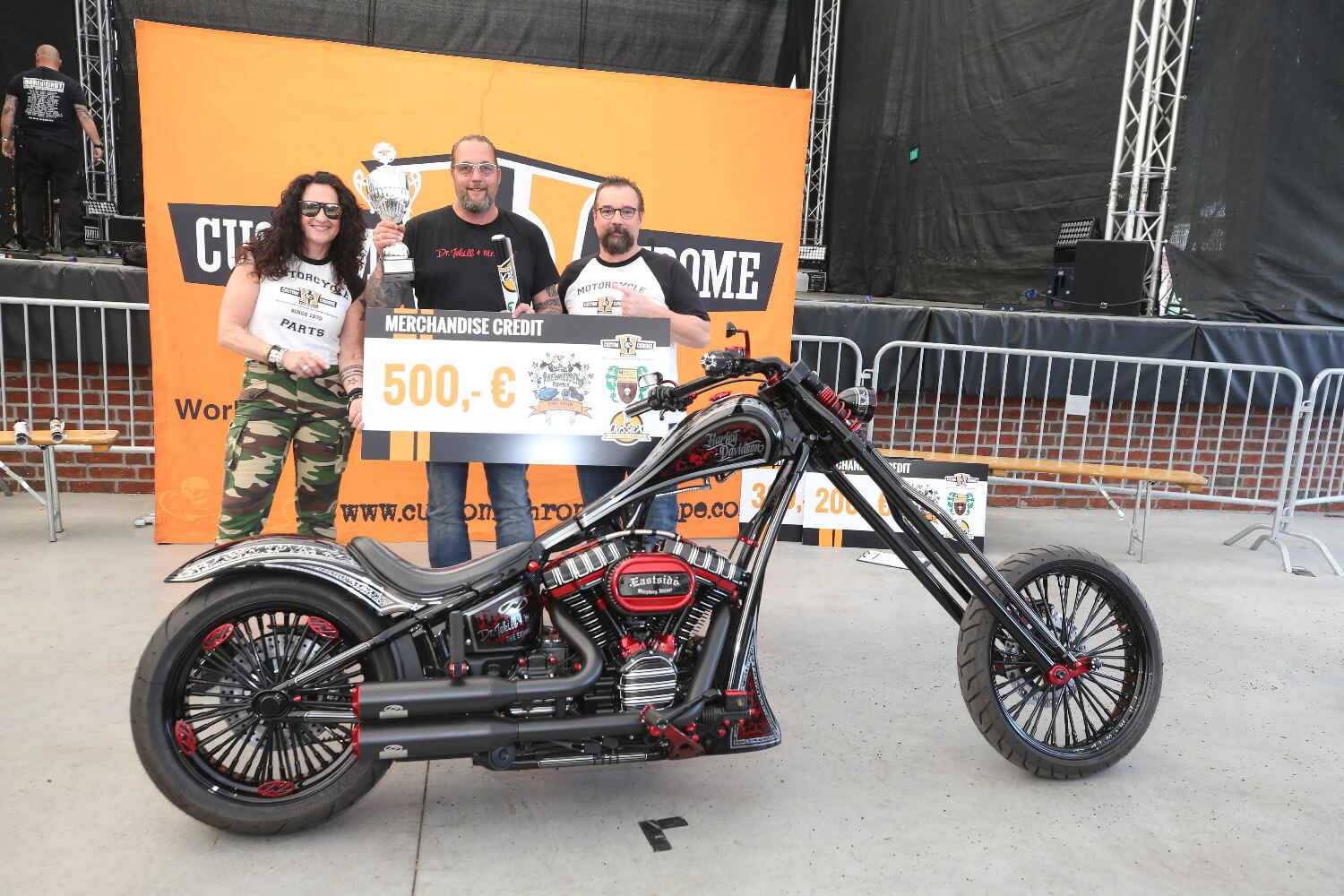 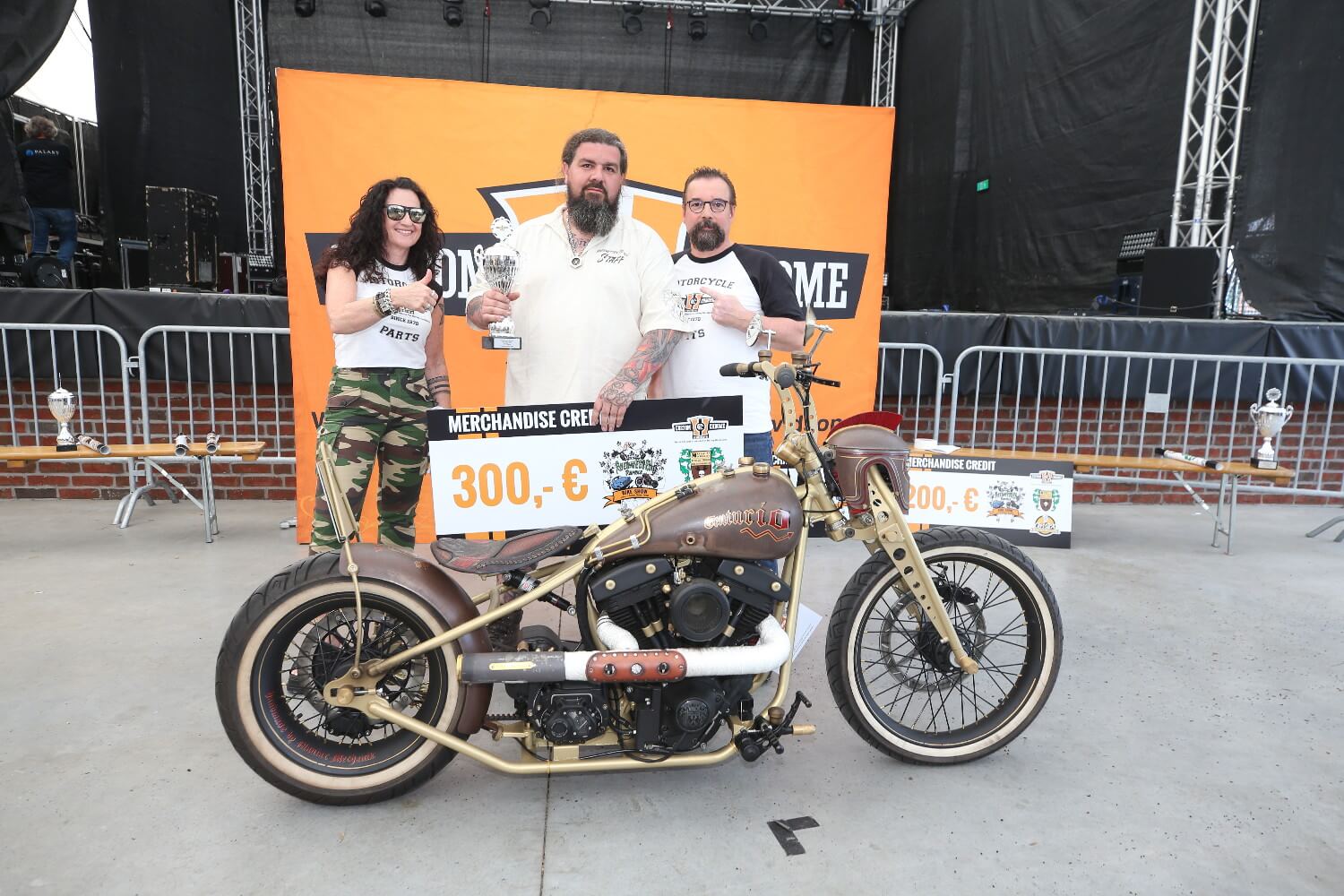 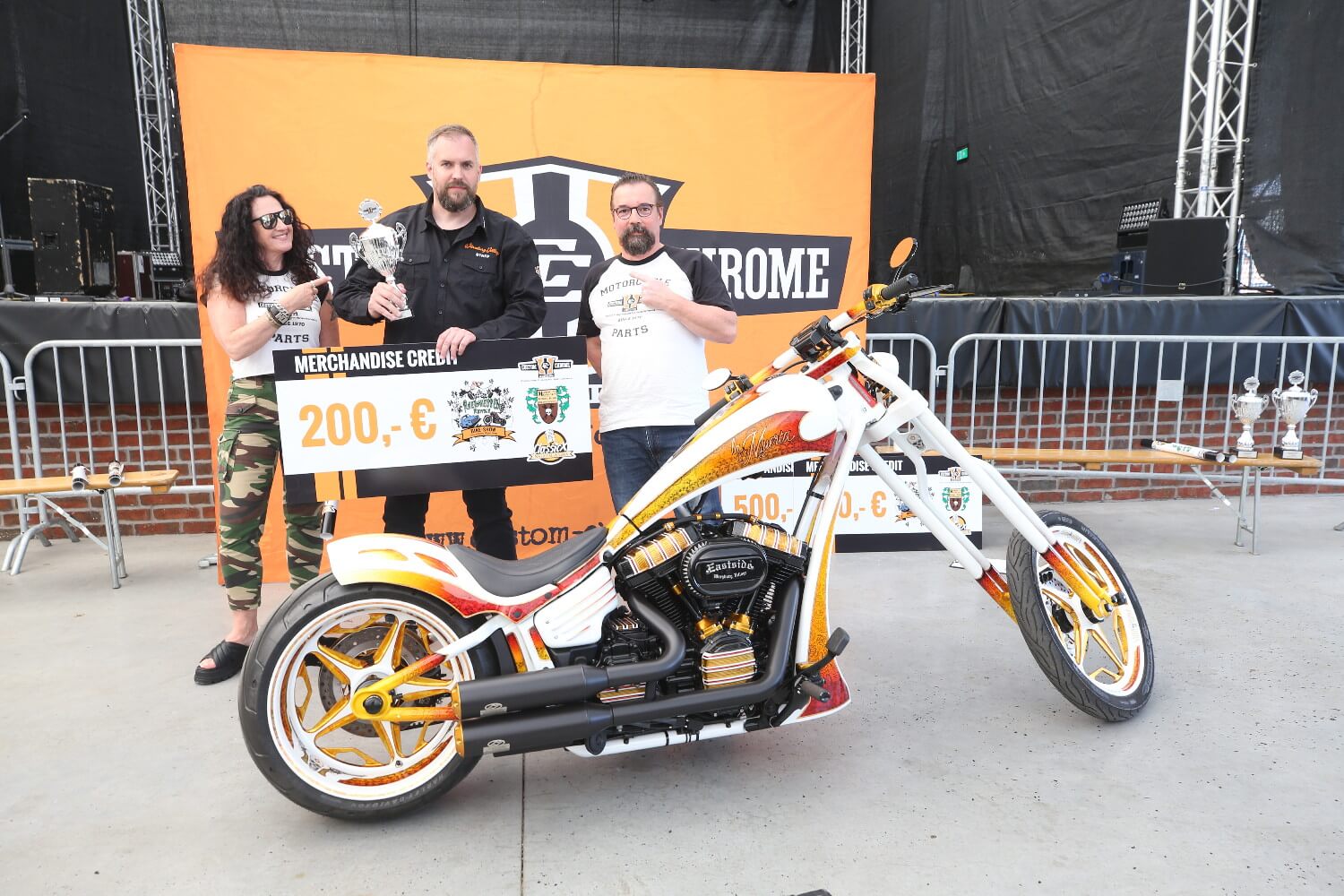 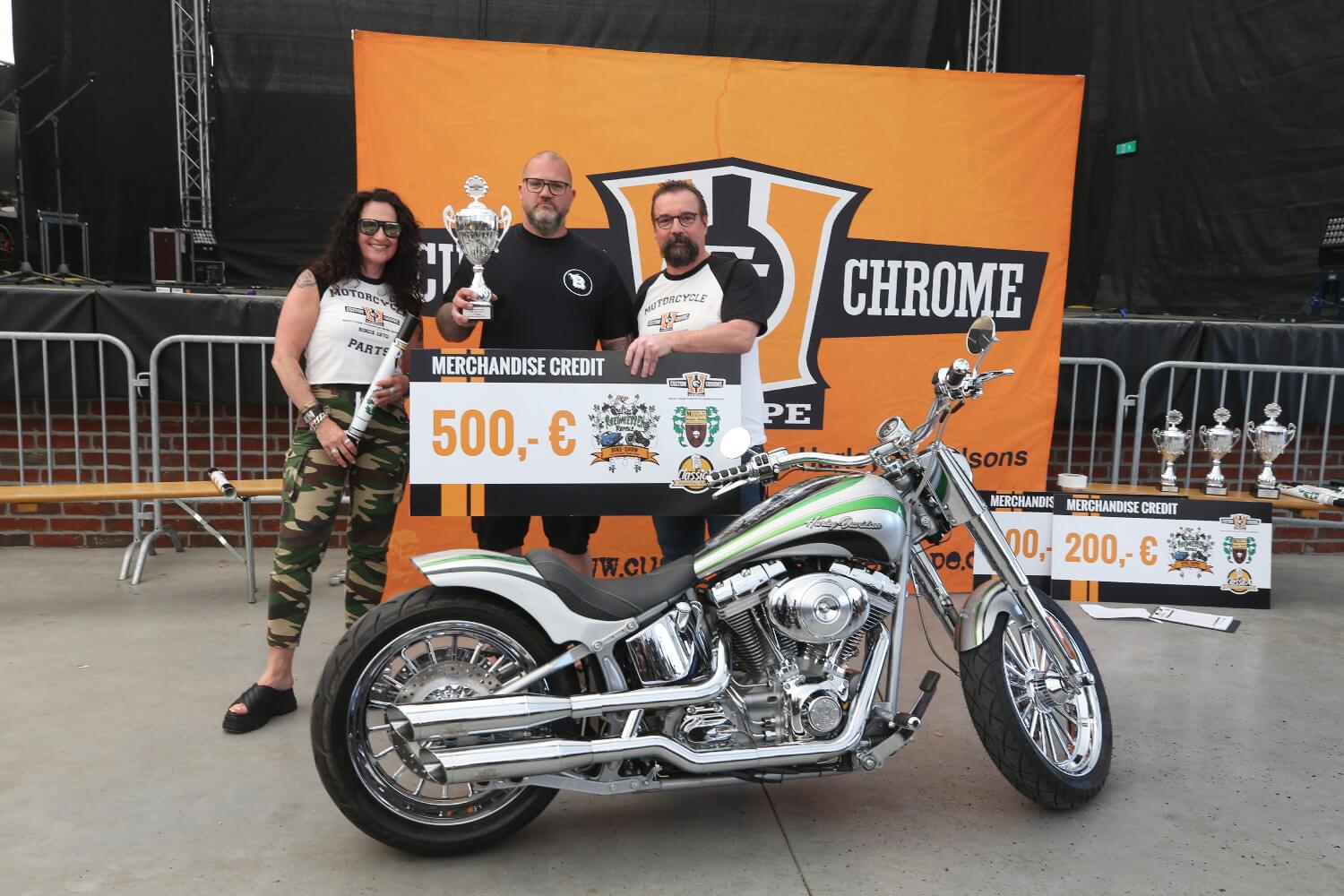 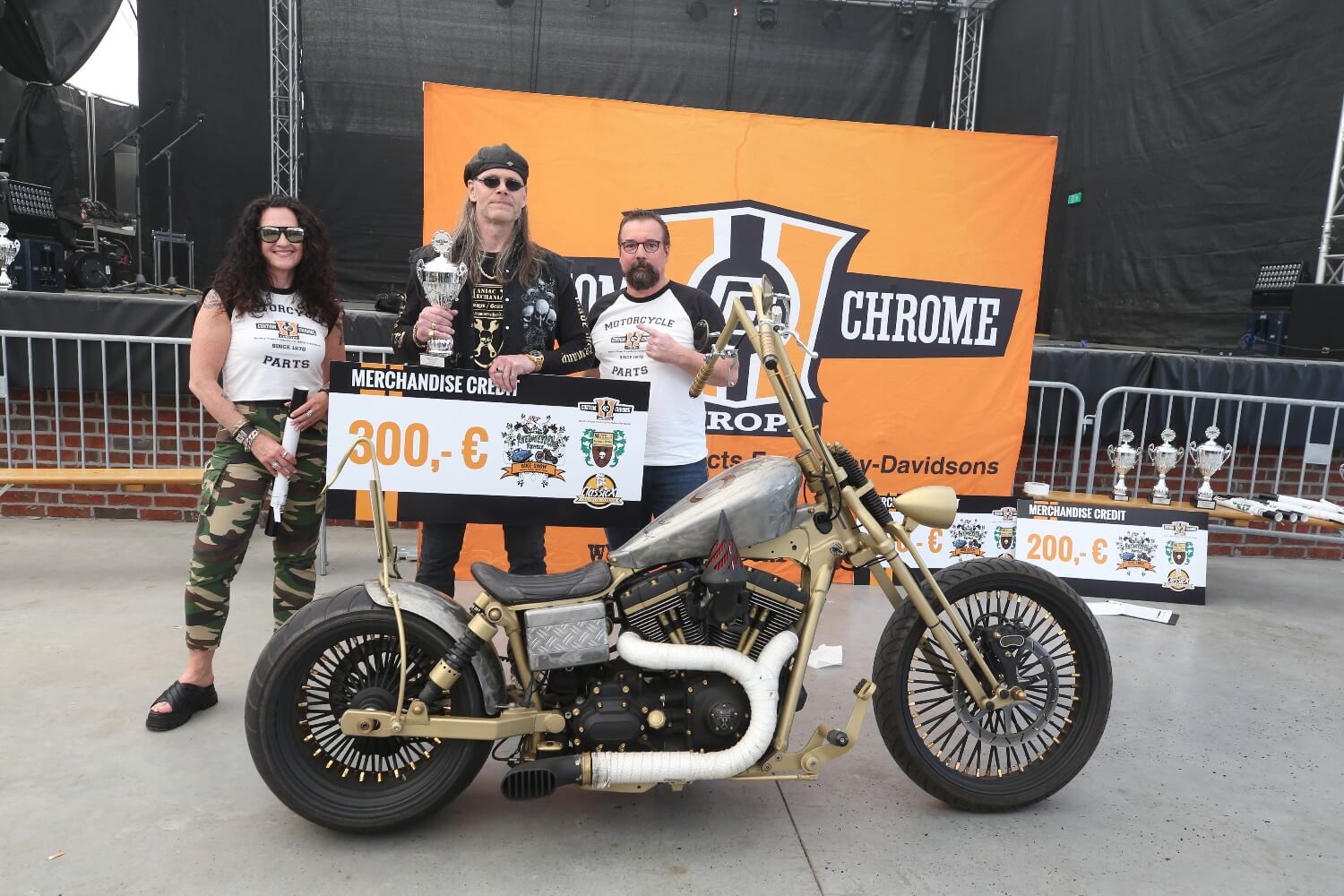 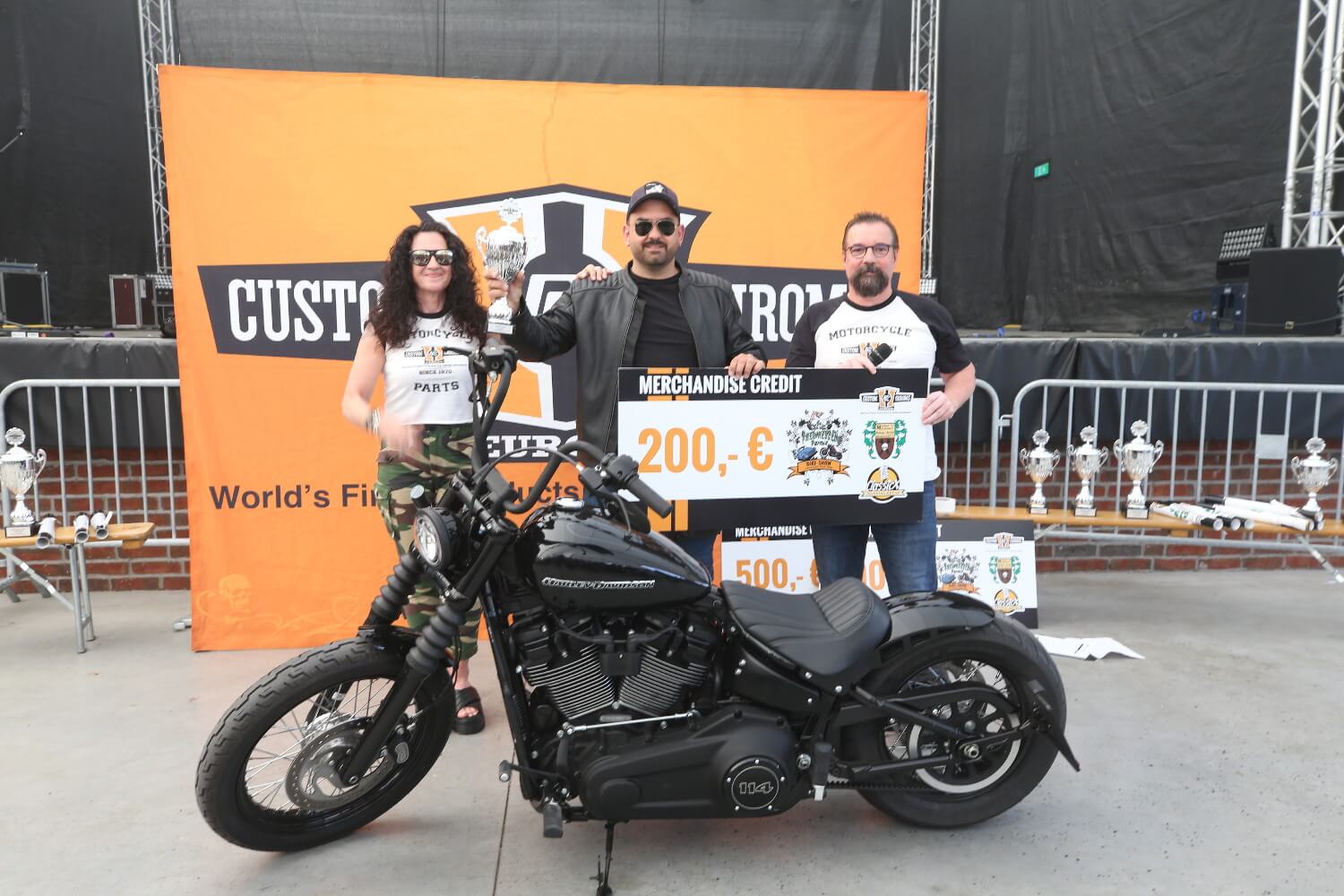 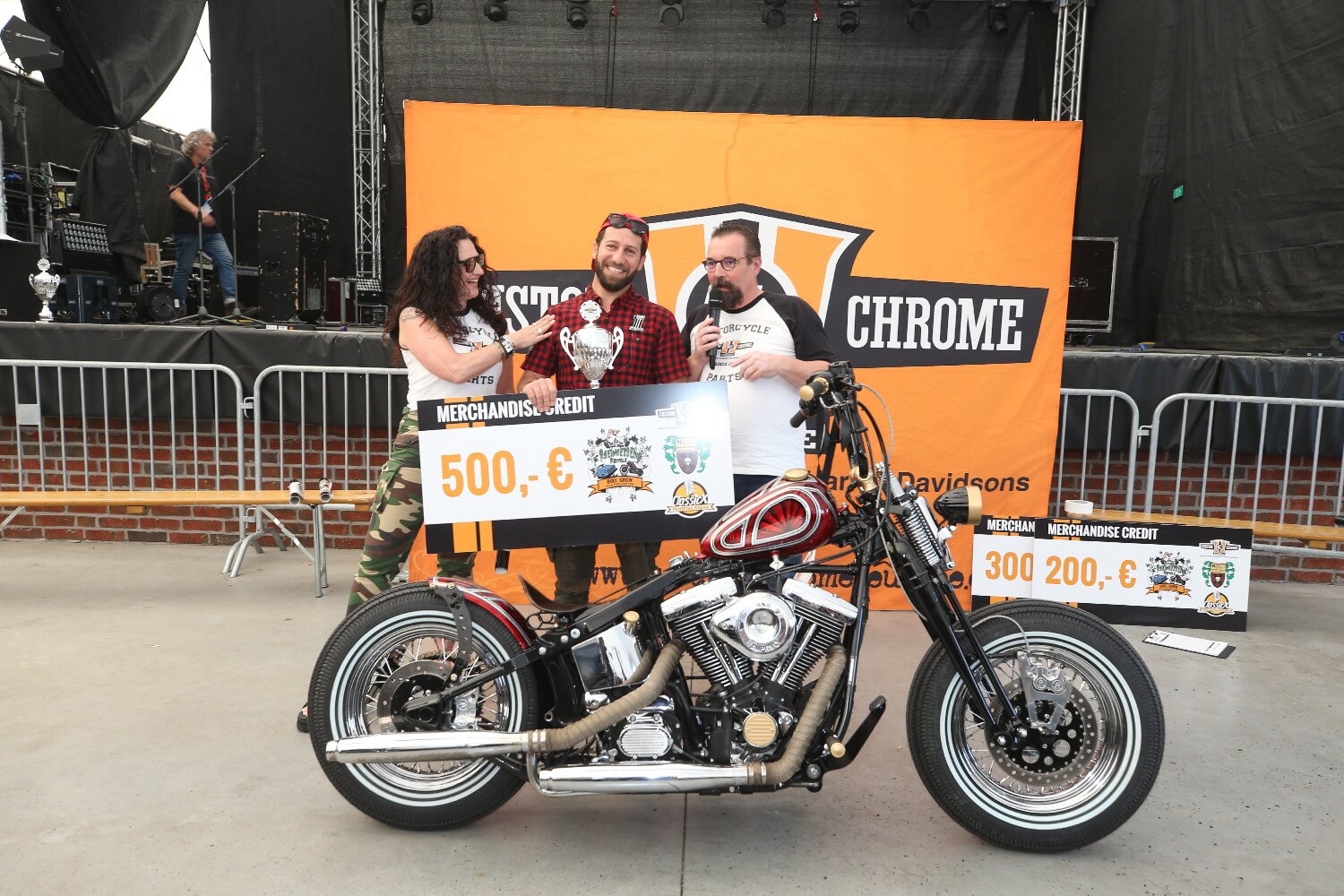 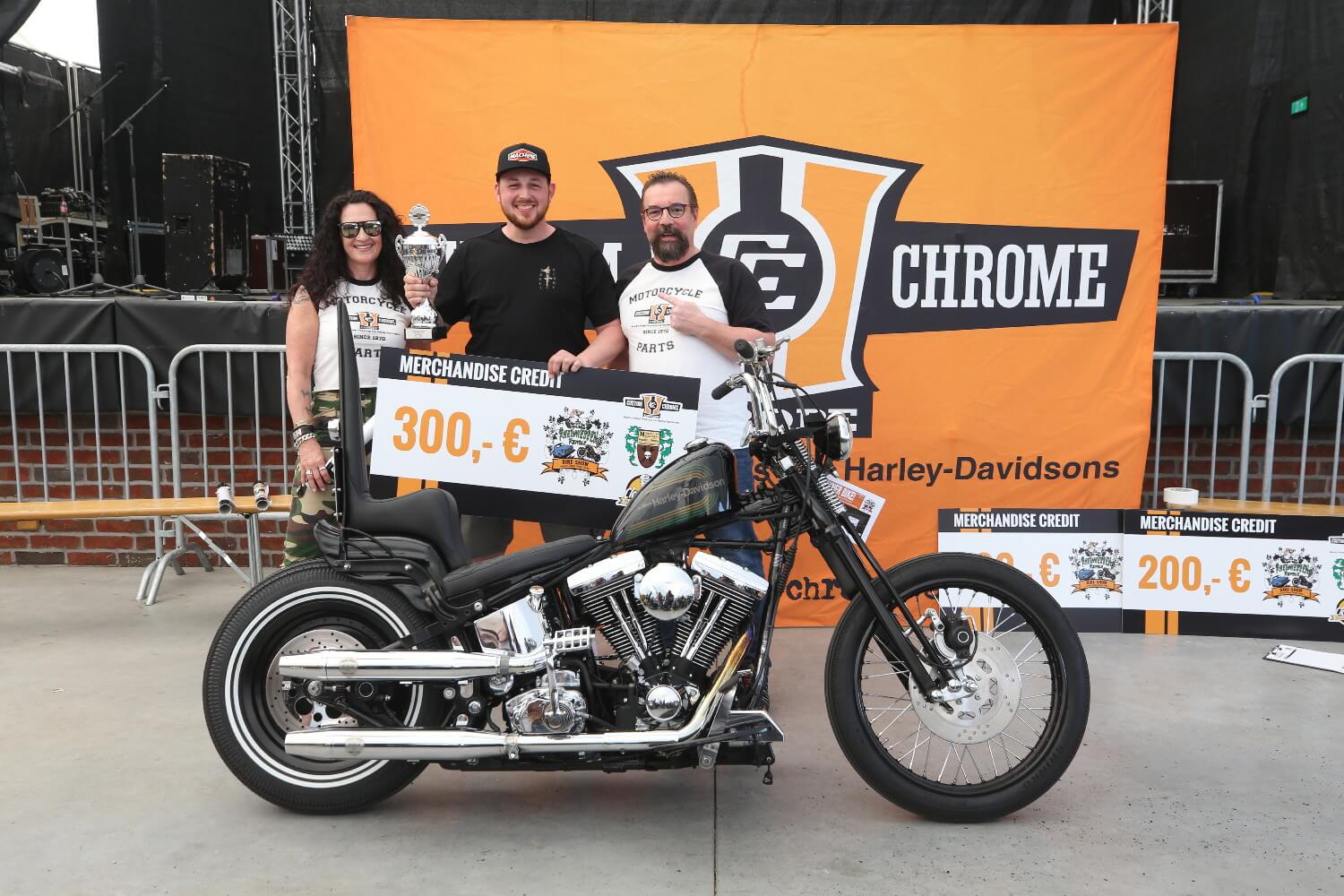 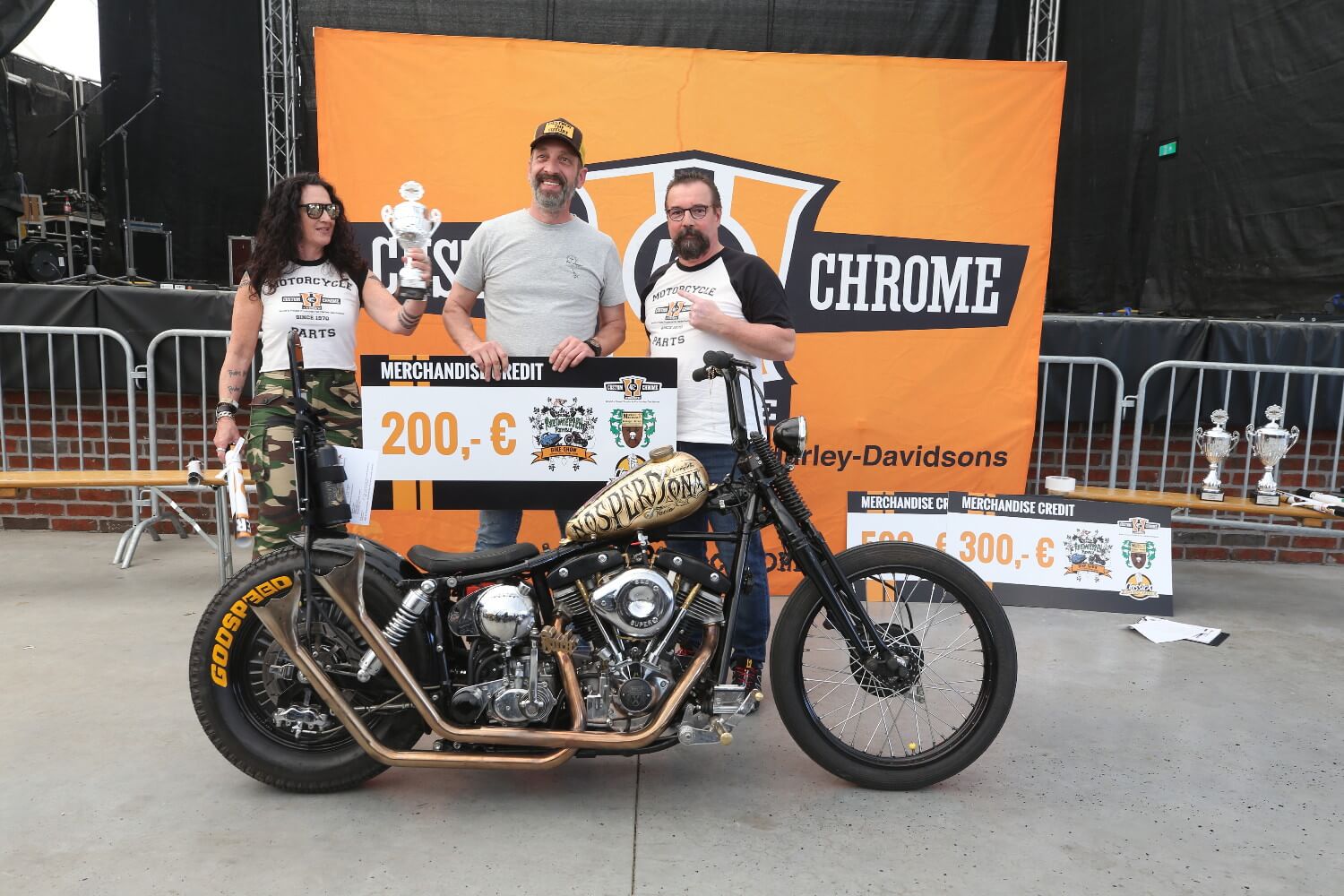 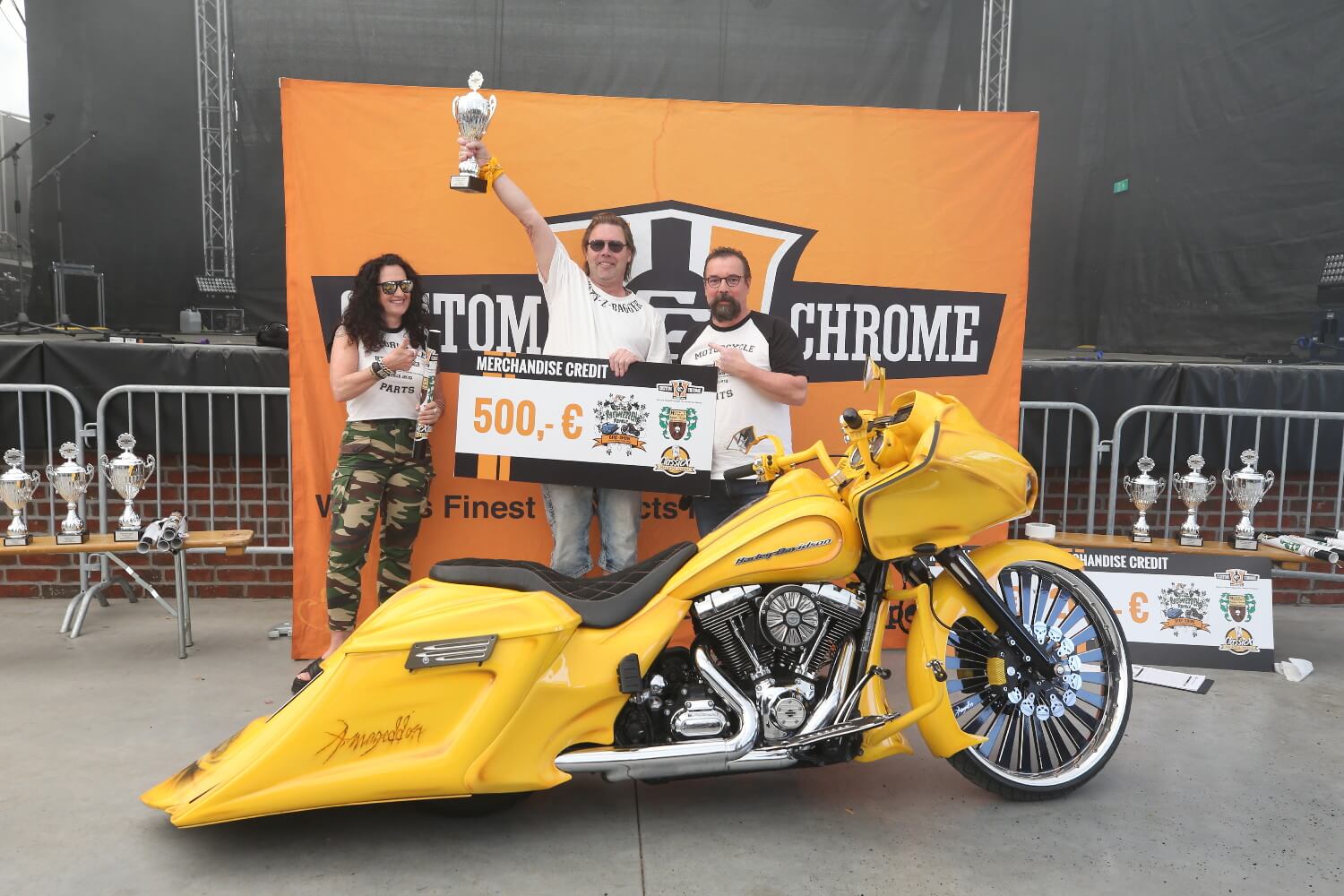 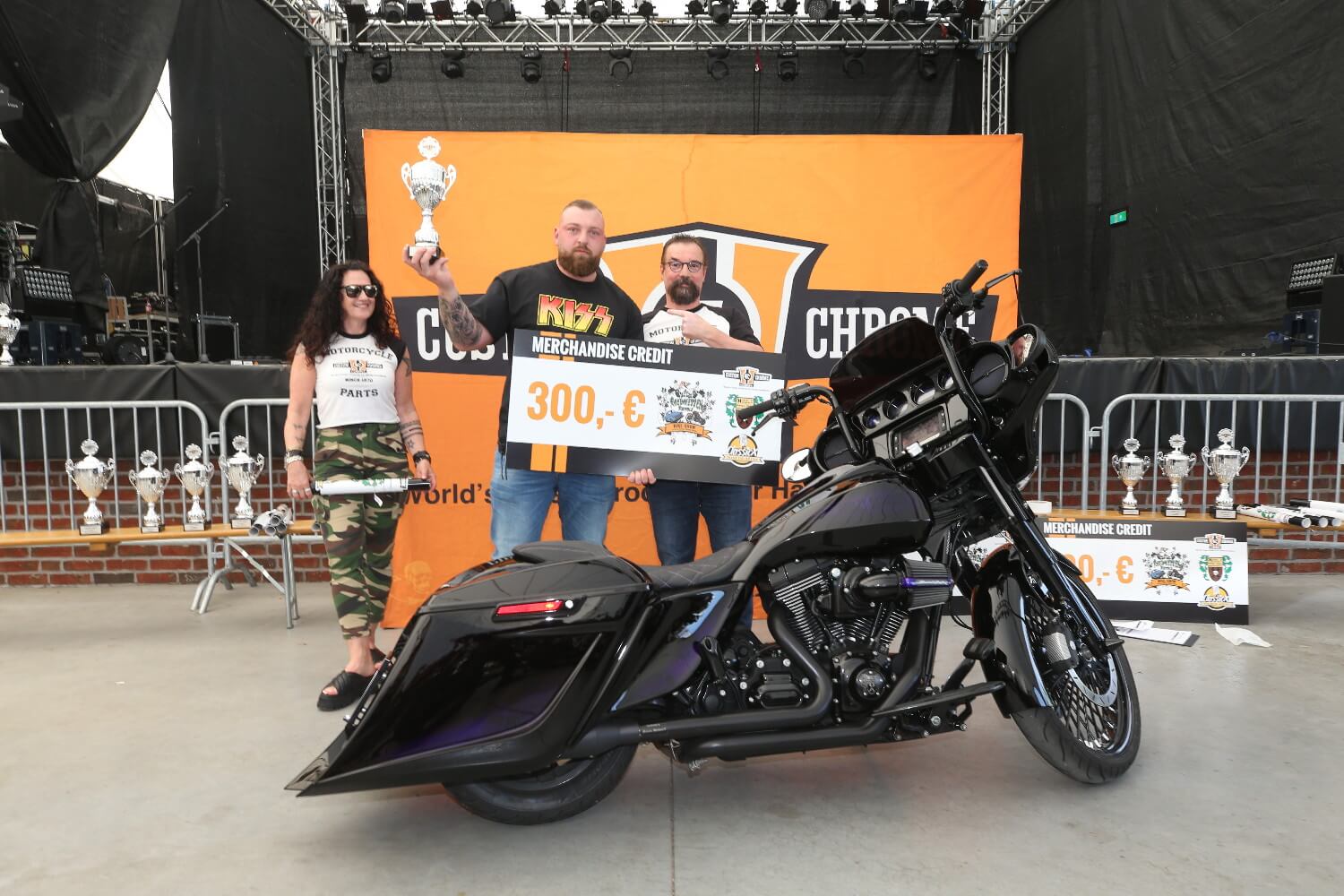 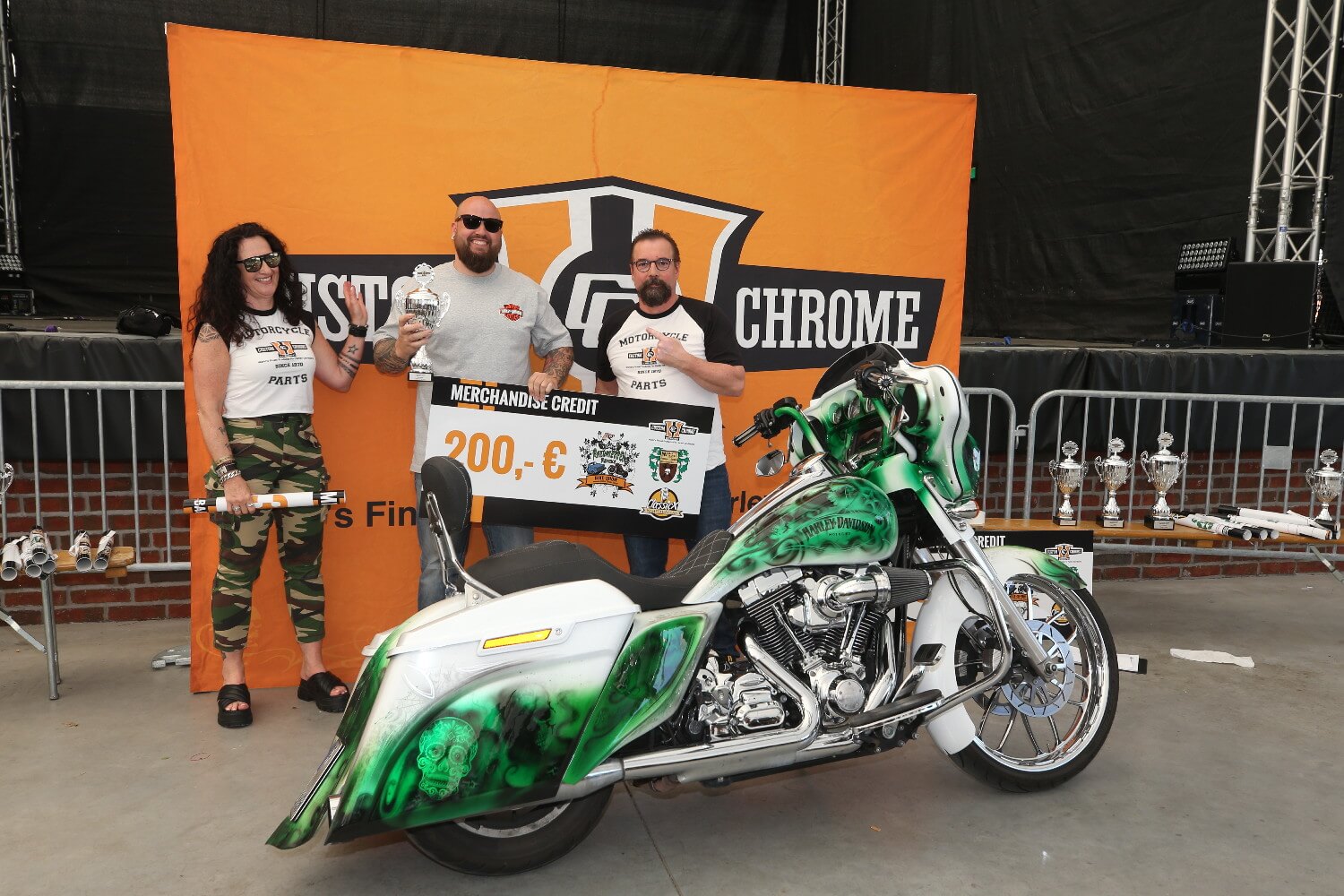 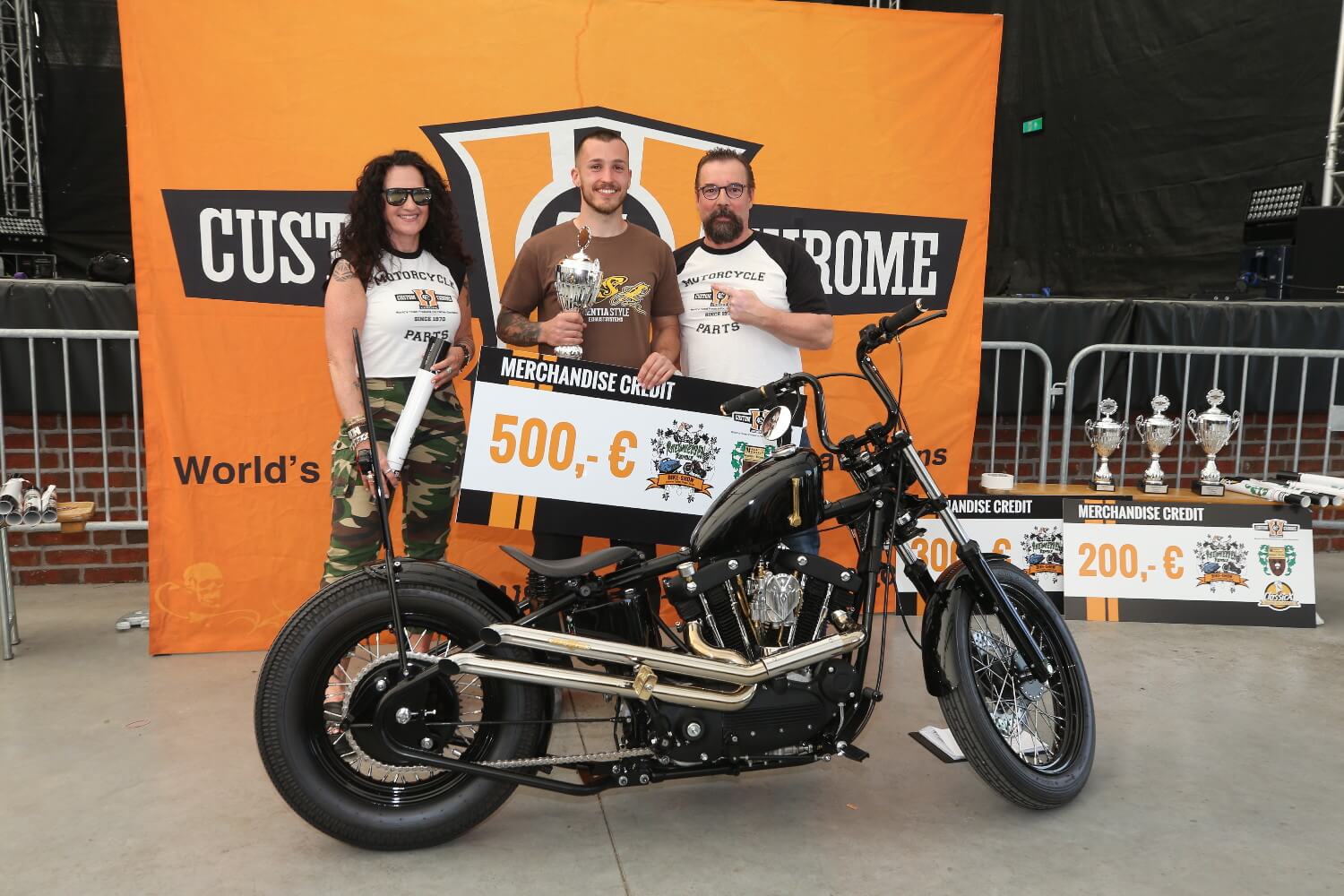 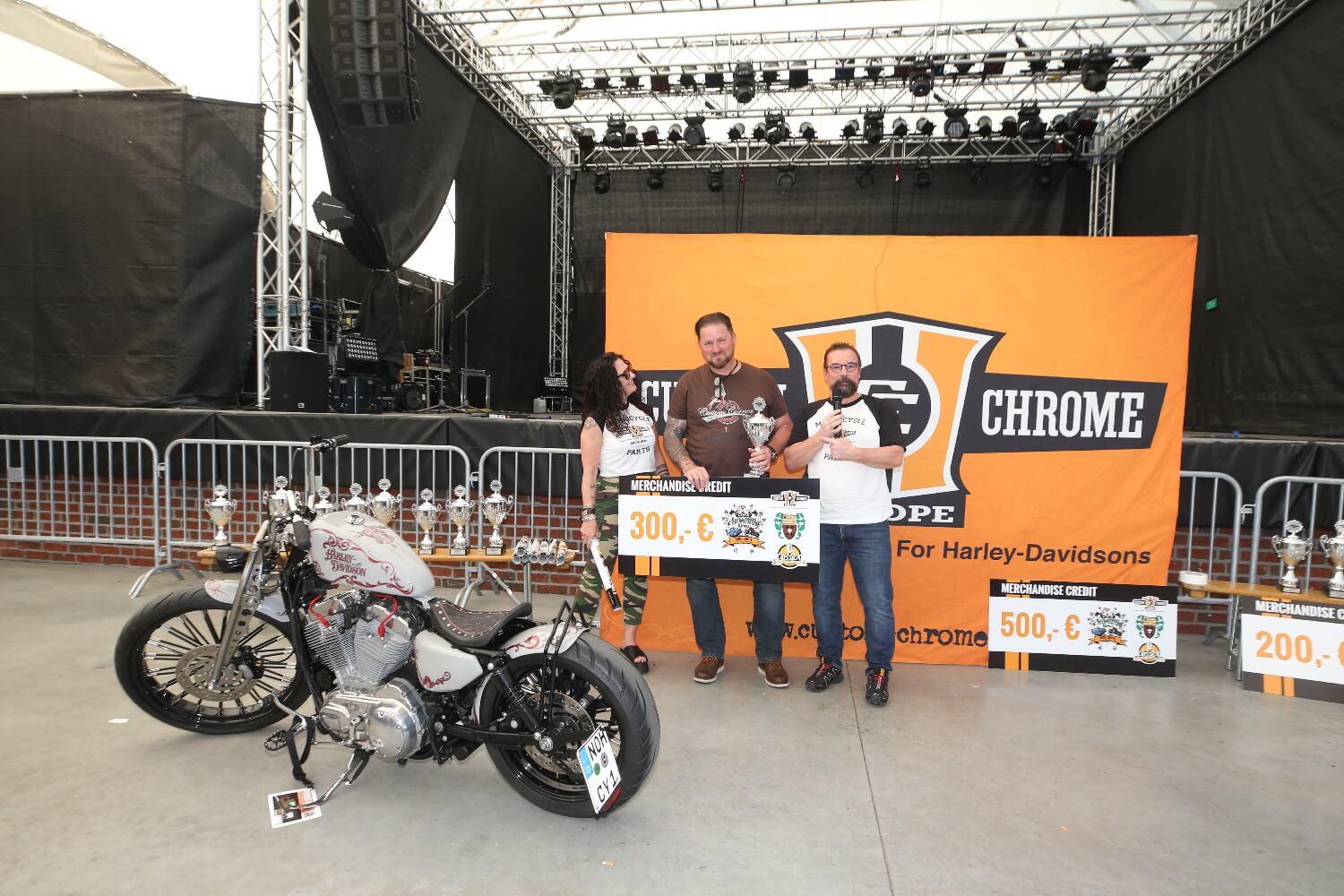 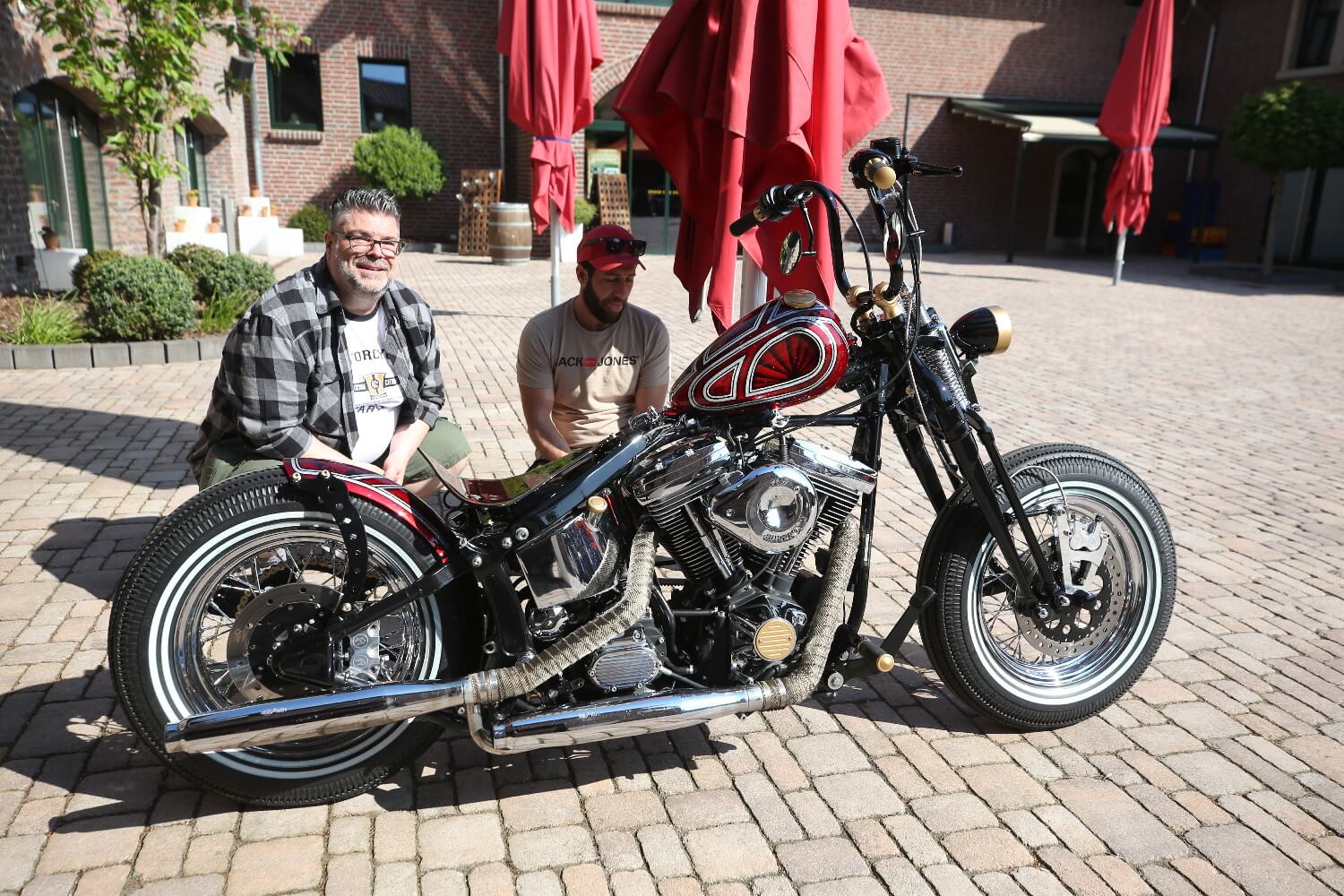 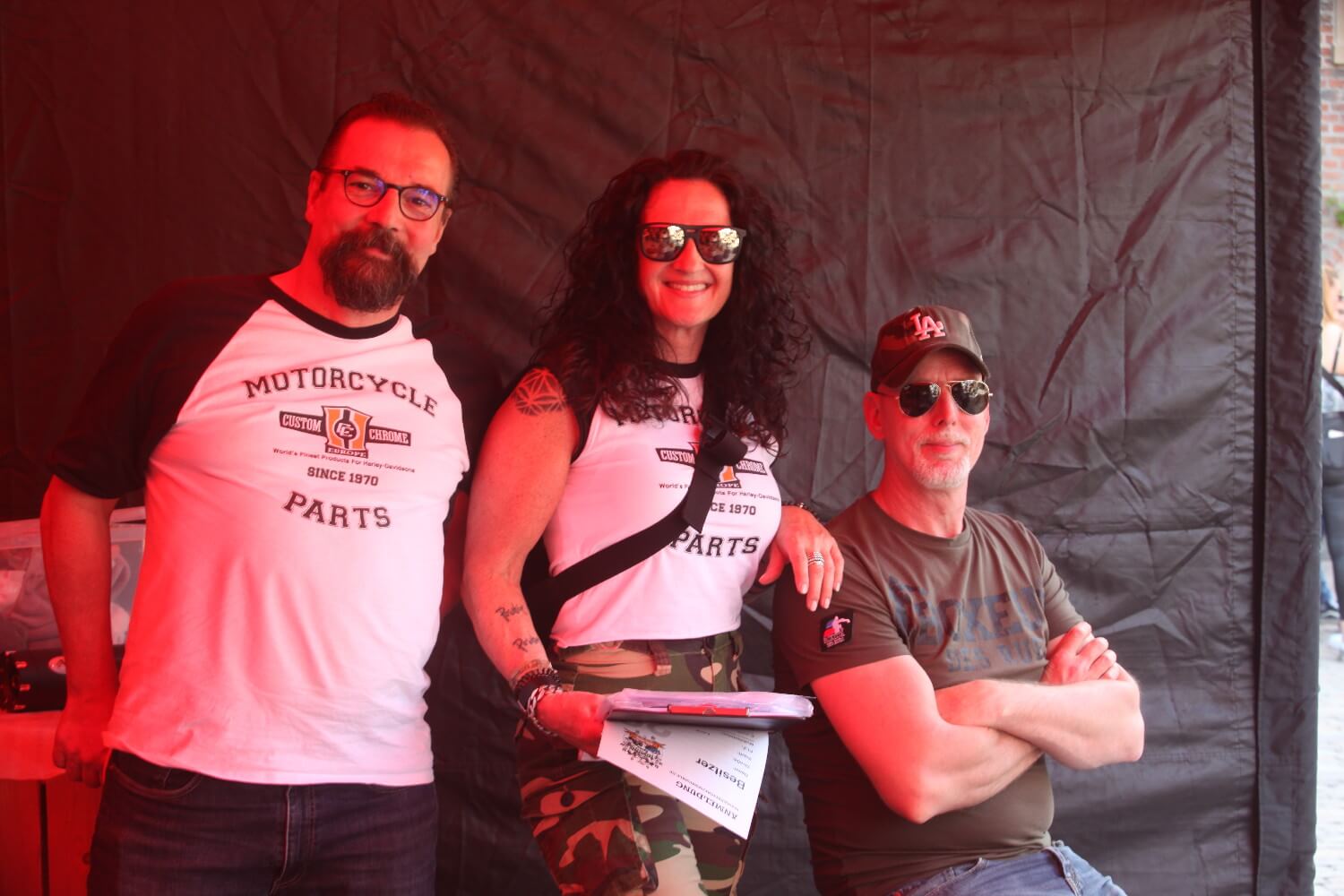 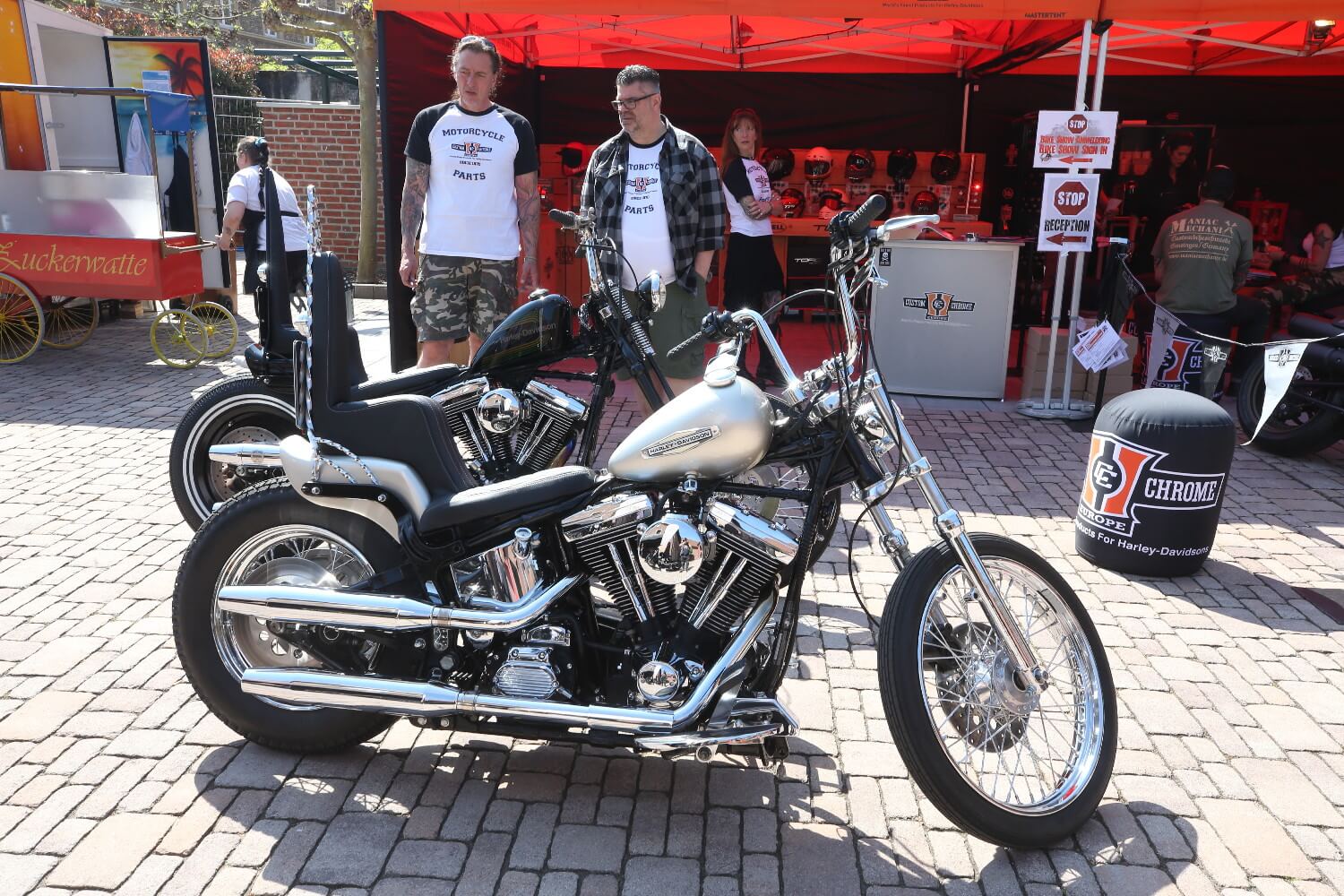 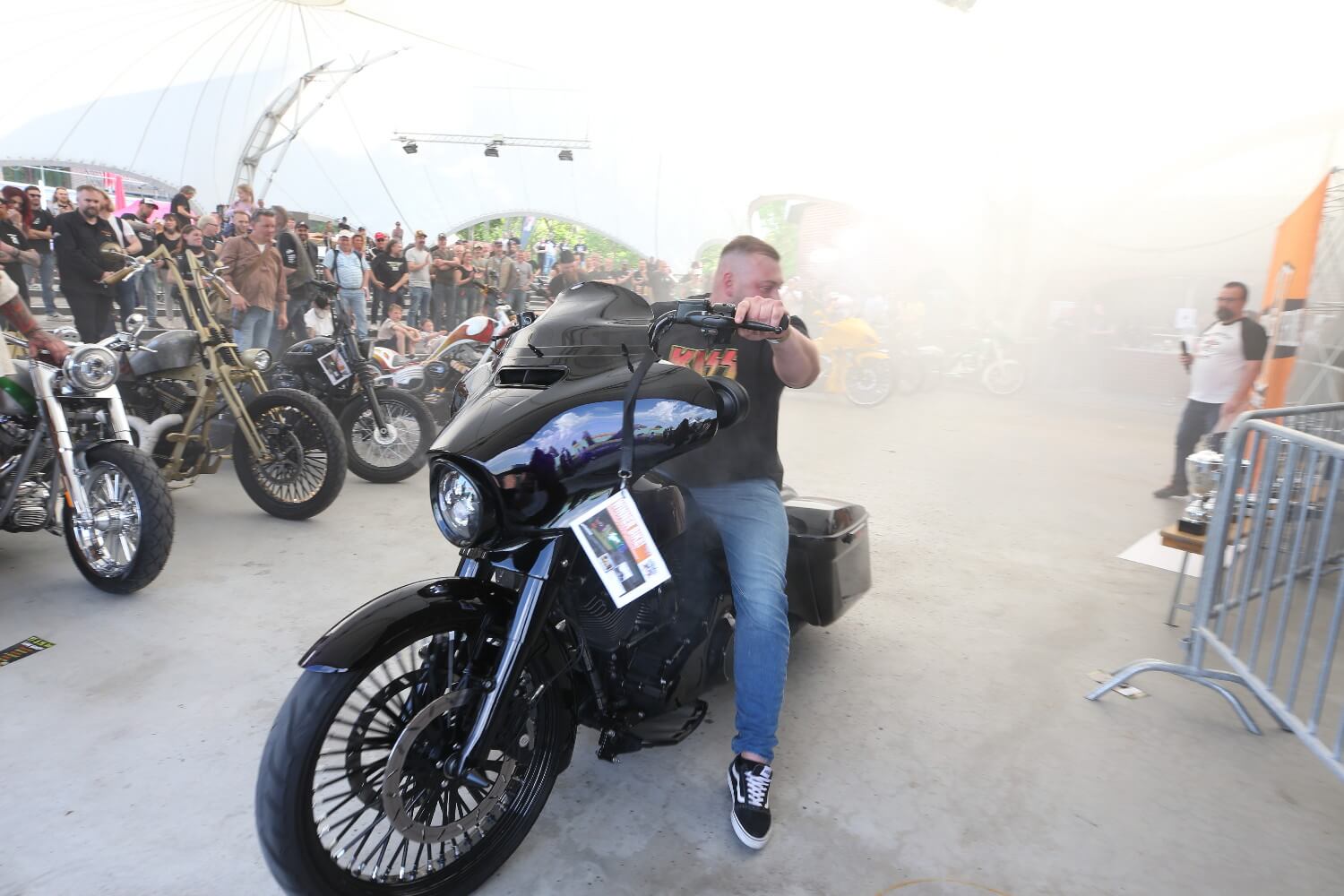 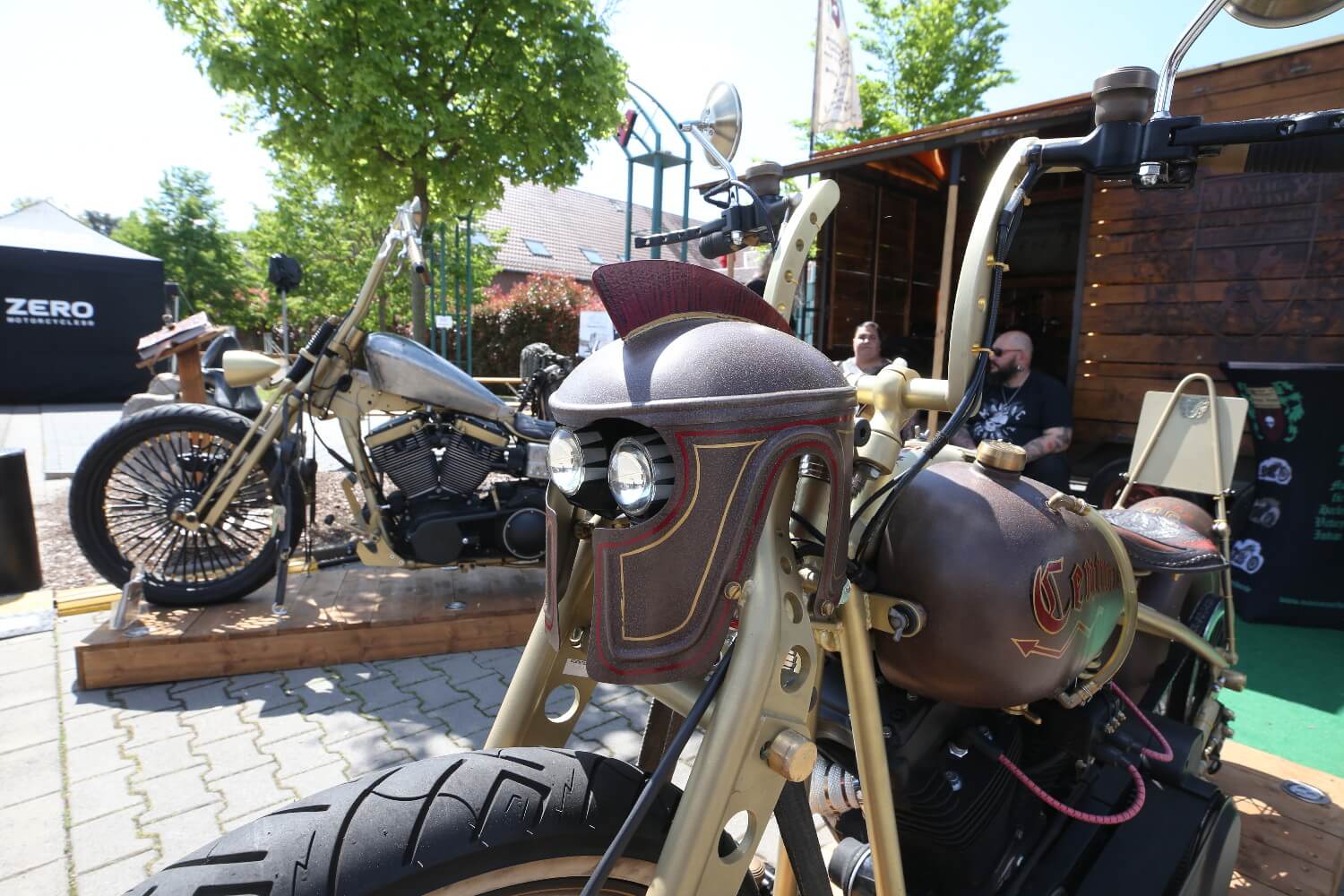 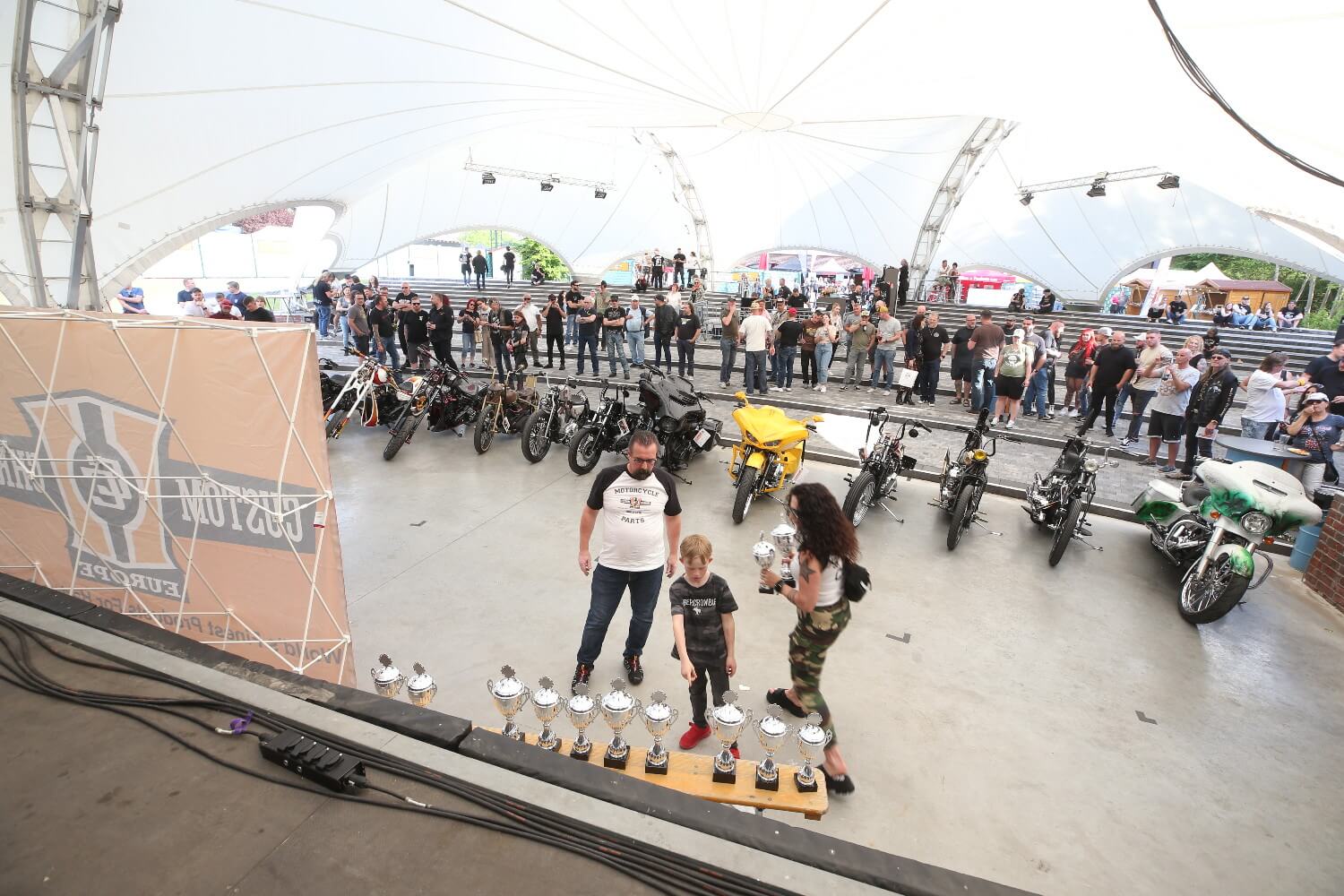 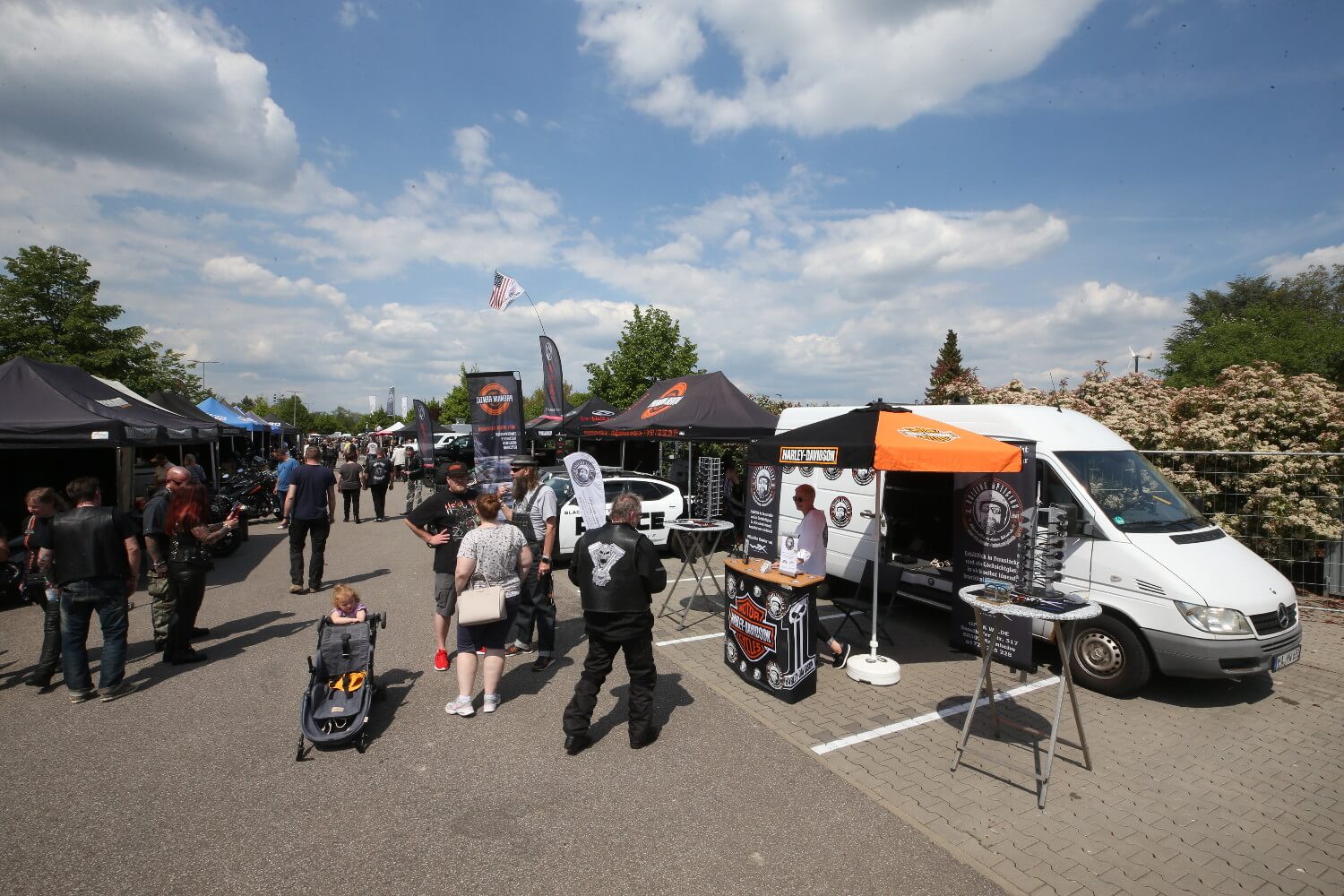 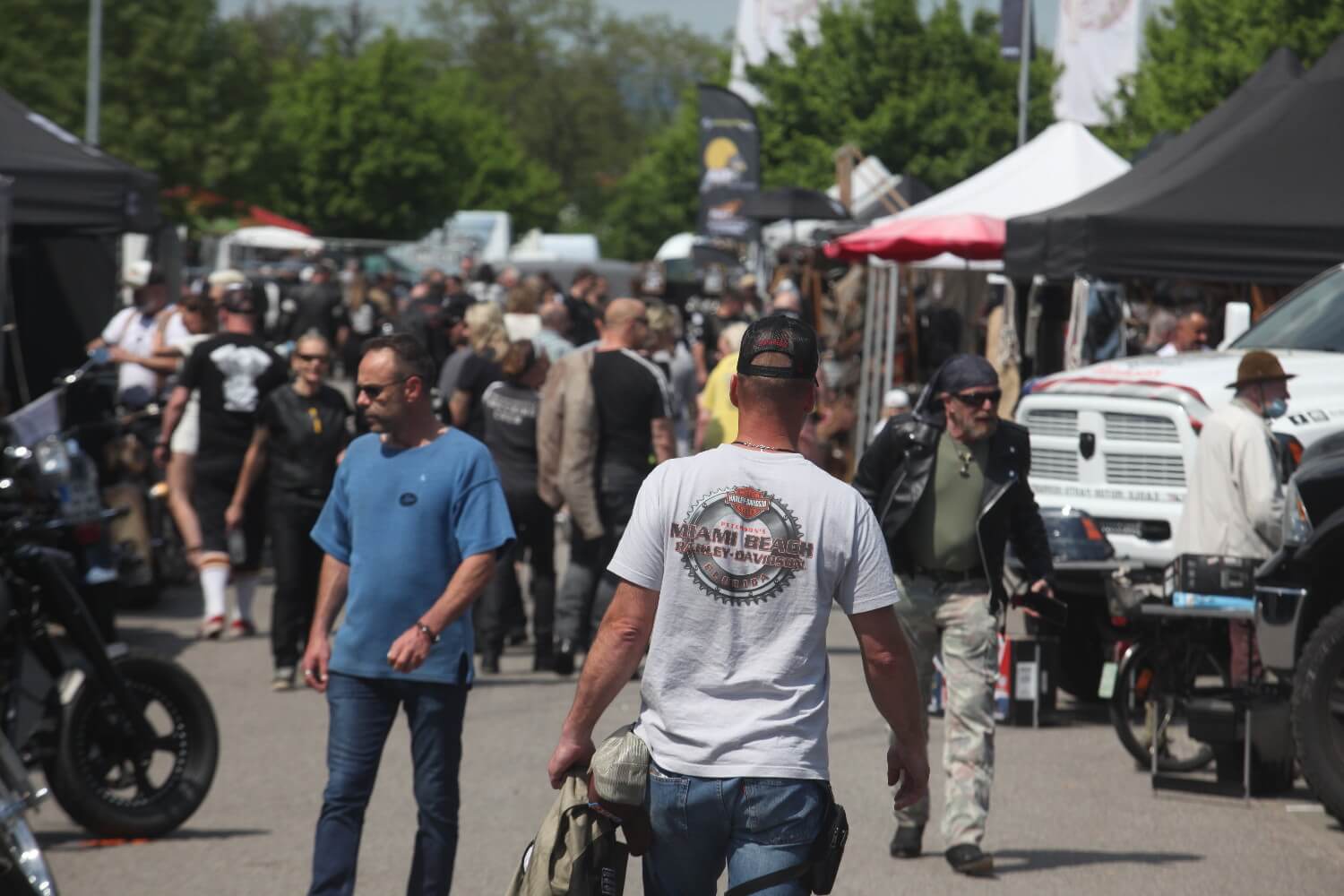 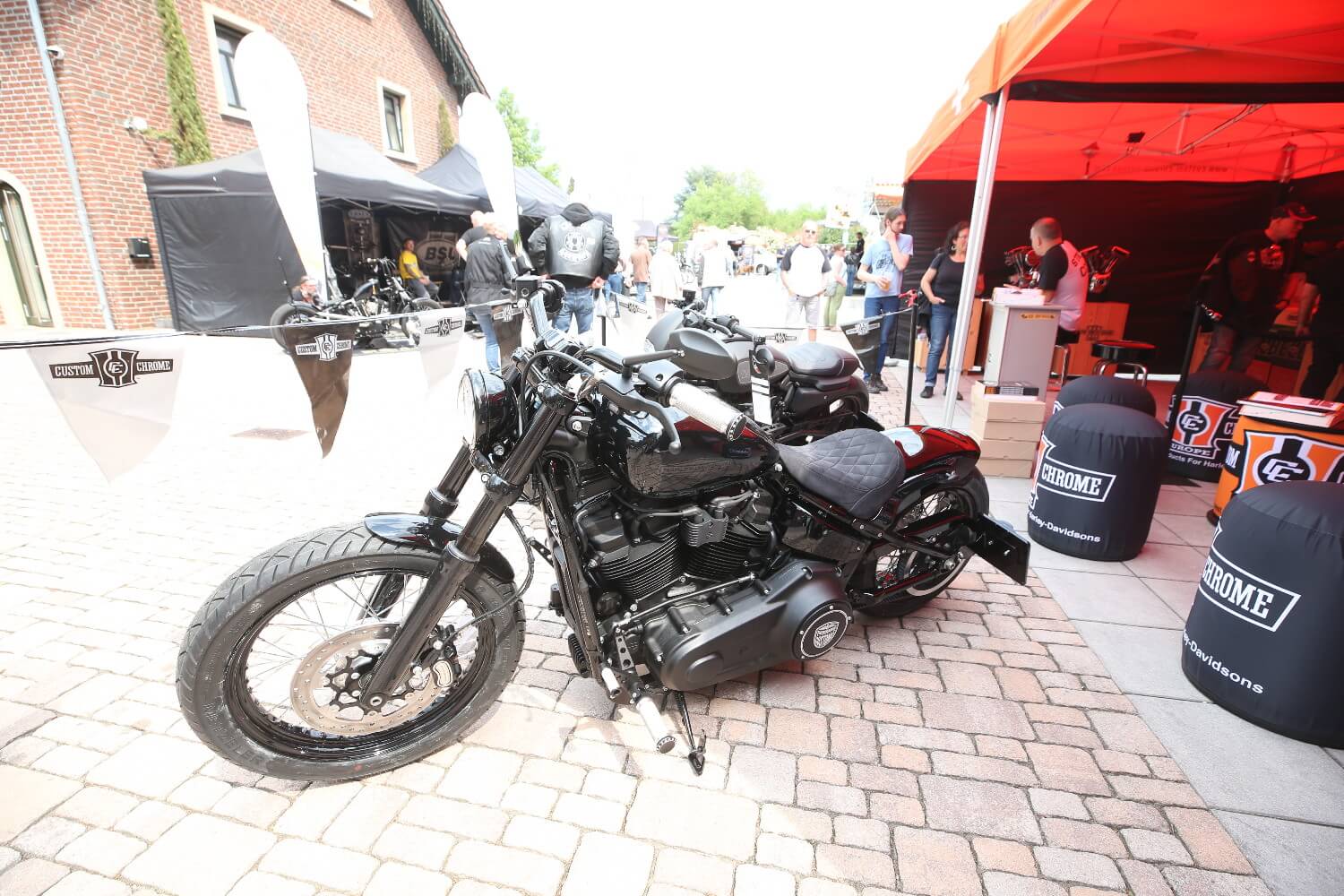 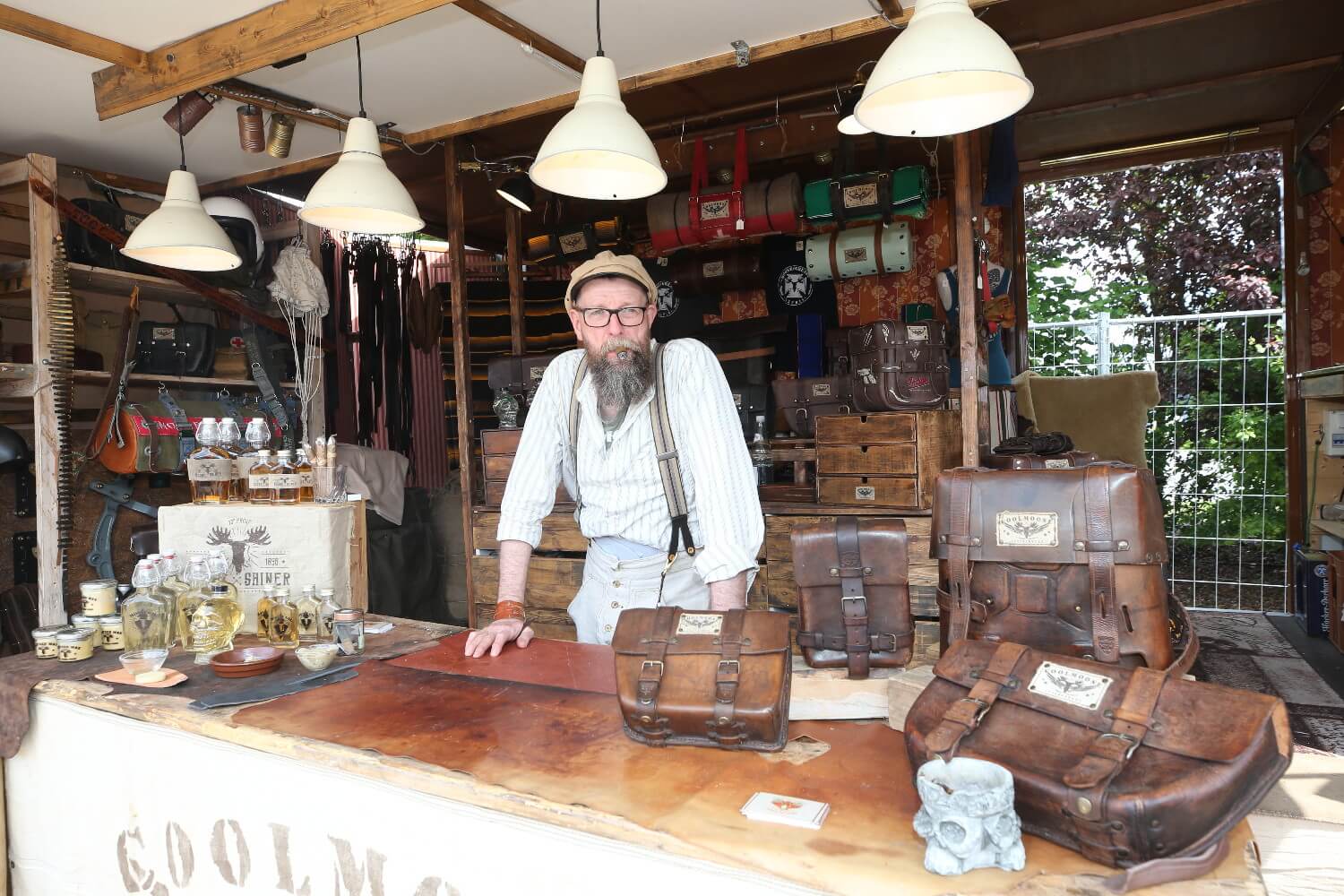 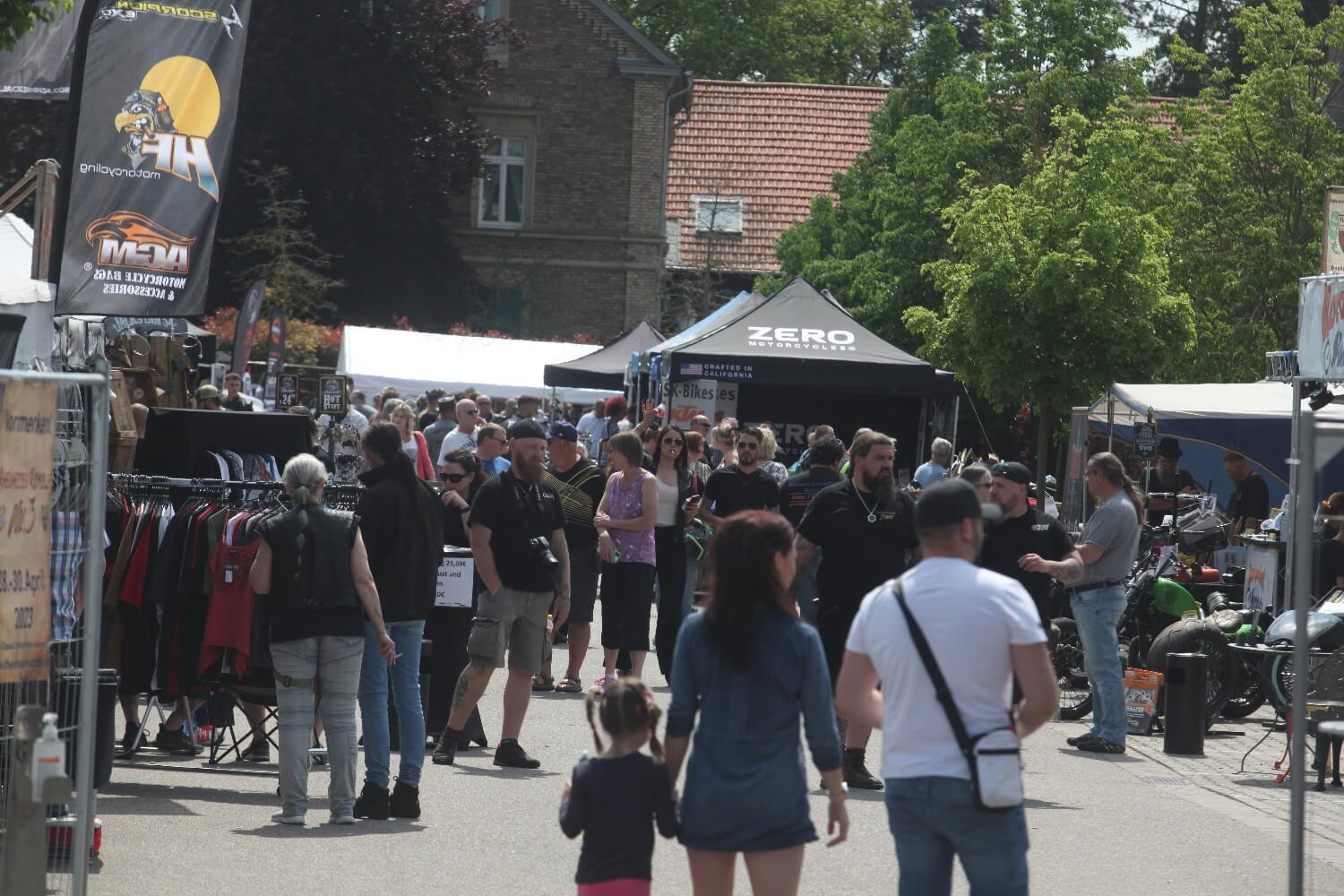 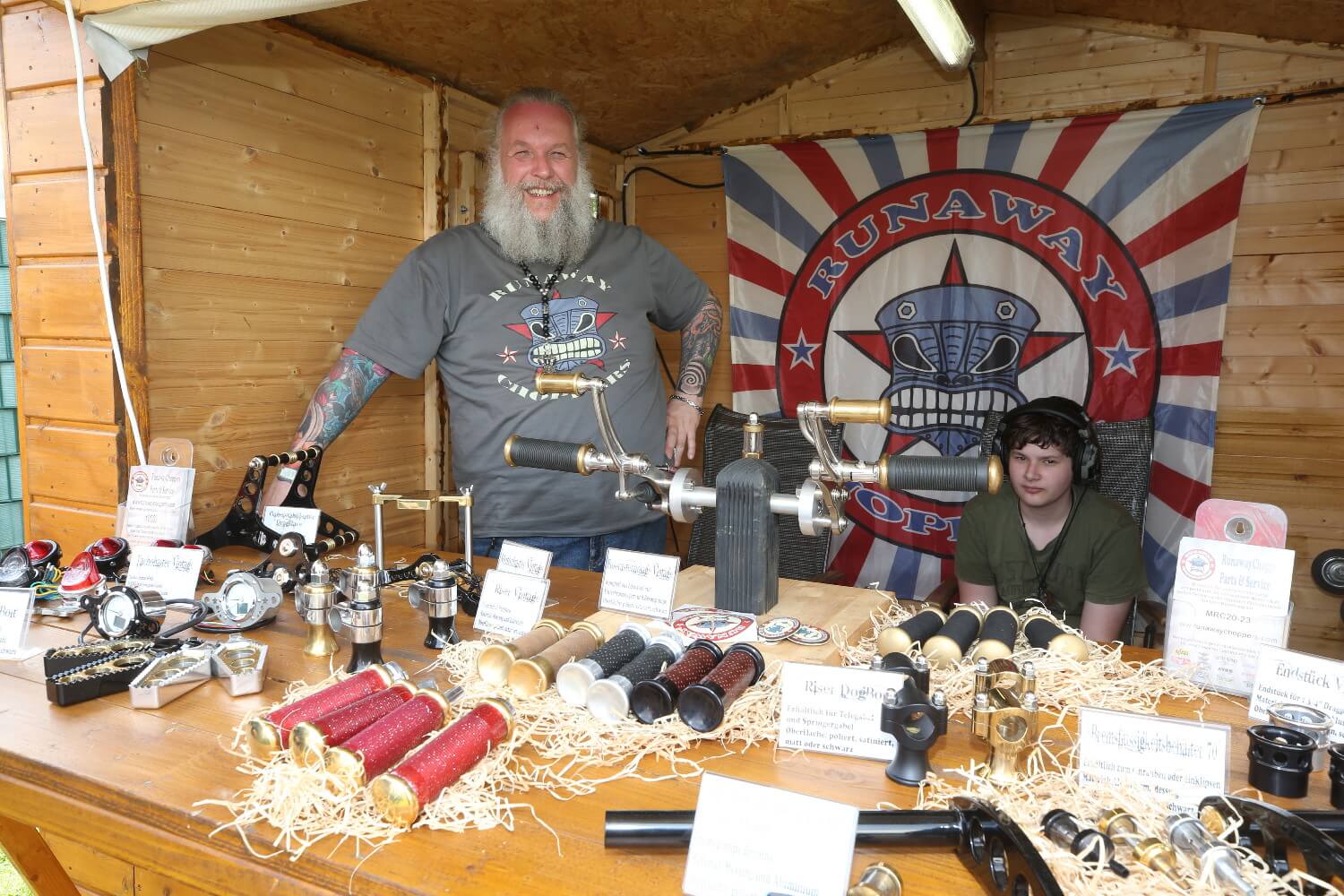 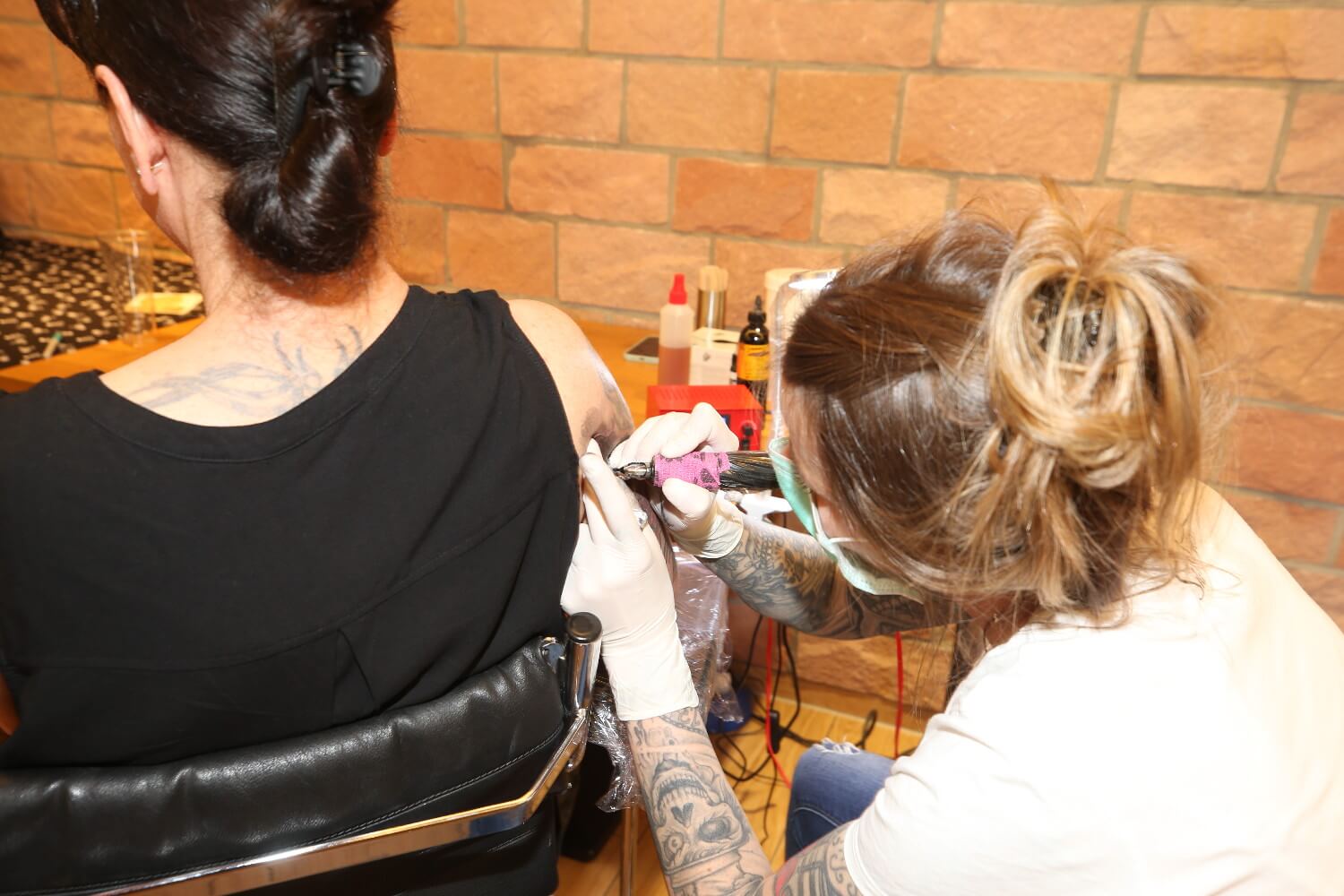 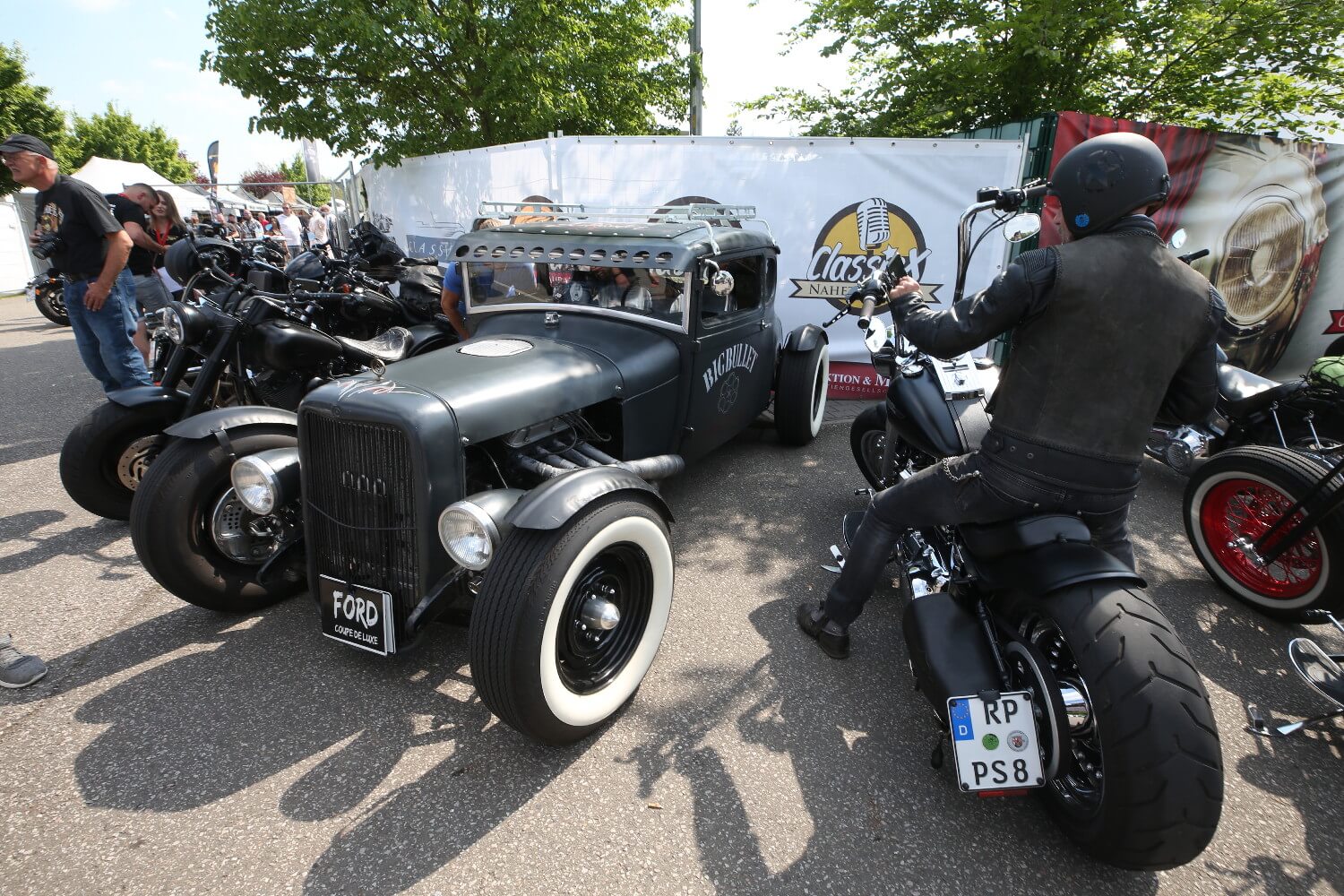 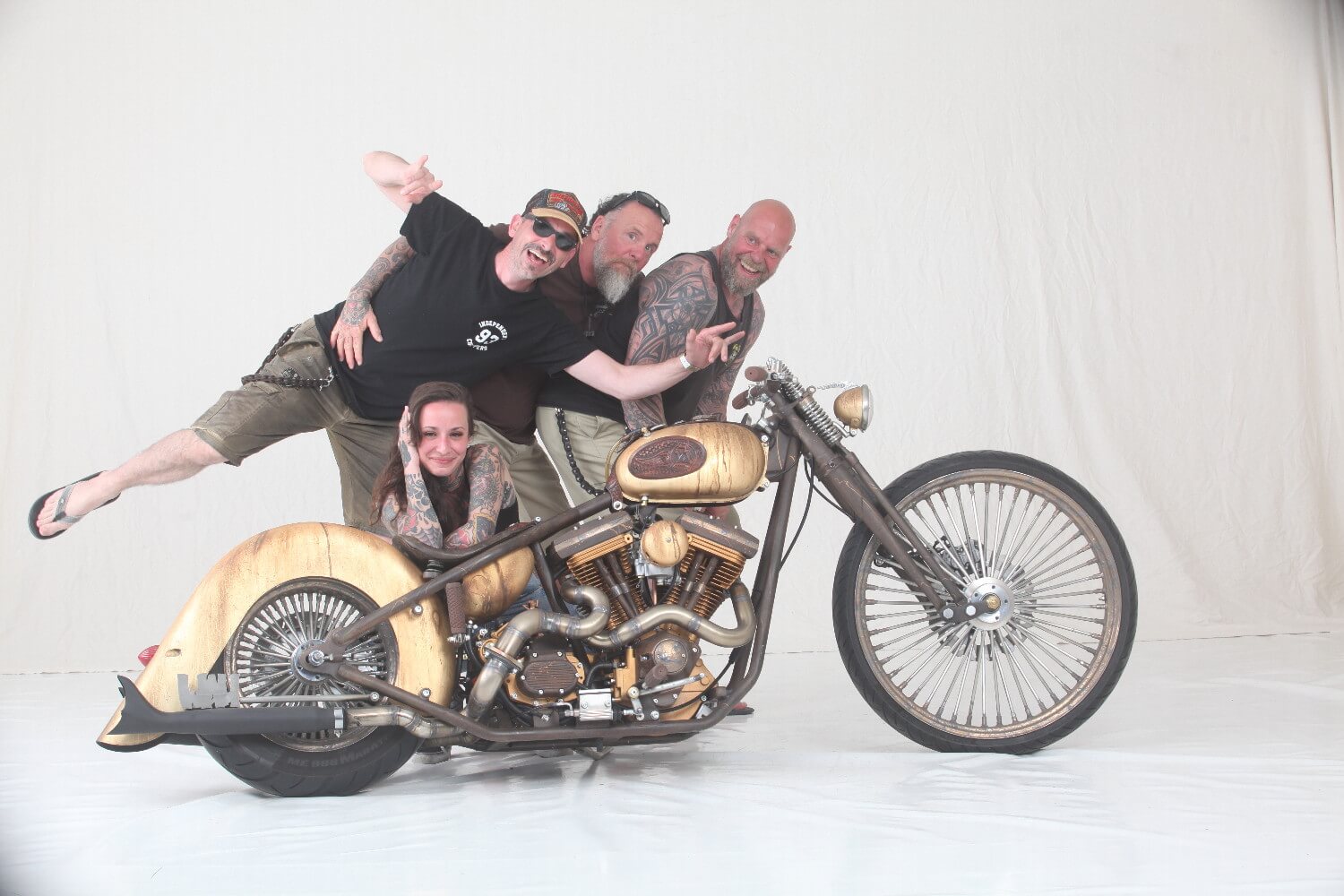